On Sunday, 8/7 I’ll be appearing at the inaugural Queens Book Festival. I’ll join authors Shelley Diaz, Kenneth Wishnia, and Matt Meyer for a conversation about Language, Power, and Censorship. It should be a great event, and it’s right next door to the Museum of the Moving Image, one of the best kept secret’s of New York.

If you’re like me, you watched every frame of the movie Captain America: Civil War to scrutinize the introduction of the Black Panther into the story. This comic book story about the leader of a fictional African nation called Wakanda has been revived several times by Marvel over the past 40 years (and frequently imagined by artists, like the illustration above by June Vigants). Although National Book Award-winner Ta-Nehisi Coates will grab the headlines for its most recent incarnation, author Christopher Priest laid the foundation for its current storyline in the late 90s.

Anyway, during the film I gritted my teeth as I expected an onslaught of African stereotypes, but there were fewer than I thought. I bristled at the notion of a fictional African kingdom, as if we don’t know which countries exist in Africa. I mean, imagine if someone told you there was a fictional state wedged between New Jersey and Pennsylvania and the inhabitants shared the cultural traditions of the Pennsylvania Dutch from 200 years ago. Would you find that believable?

There’s an argument that the kingdom of Wakanda allows for the best parts of Africa to be imagined into the story, a sort of enlightened magical pan-Africanism. We didn’t see much of Wakanda itself in Captain America, but in Christopher Priest’s comic books — which I enjoyed — leopards and elephants roamed the Wakandan jungle. I think those animals are pretty awesome, and fascinating, and powerful too, but I also know where they actually live in Africa, which is on state parkland and white-owned private game reserves. (And many of those private game reserves squirrel their money away in offshore accounts.) Is it possible to tell a story about Africa without reference to the unique fauna that still live there? I’m not sure. I remember picking up a copy of Little House on the Prairie when I was younger and there were definitely black panthers in those dark woods. How often do those panthers (gone now in North America, and confined to zoos) make it into superhero stories set in the U.S.? Not often, unless they come from Wakanda.

I watched Captain America in a theater in the suburbs. The story still won me over somehow, maybe because Marvel has my number. And despite all the racial tension we see depicted in the media every day (police abuse, racism), after the credits rolled I heard some white teenagers spontaneously announce that the Black Panther was their favorite character. That’s pretty good when you consider that they could have chosen Scarlett Johansson or Chris Hemsworth. Something is going right. 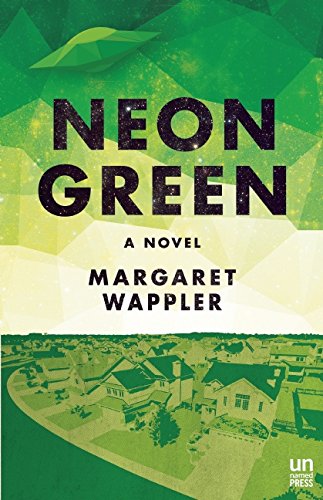 On Thursday, 8/4, I’ll be joining author Margaret Wappler in a discussion about her debut sci-fi novel Neon Green at BookCourt Brooklyn, one of New York’s best independent bookstores. Come out for some wine and eerie conversation — queue theramin.

You can RSVP here on Facebook or just come out.

Author Layla Eplett published a fascinating article called “For Oompa-Loompas, Orange Was the New Black” about Roald Dahl and Charlie and the Chocolate Factory in the journal Gastronomica. In the piece, she discusses the evolution of the Oompa Loompas from being dark-skinned African pygmies in his book to becoming orange-skinned people in the 1971 film starring Gene Wilder. I’m featured in the piece, and here’s one of my quotes:

What never ceases to amaze me is how writers like Hergé and Dahl were these incredible founts of imaginative energy. But the stereotypes and racism were so imbued in their outlook that even they did not realize that blowing up a rhinoceros or importing a group of pygmies was a failure of the imagination. Dahl explained it himself: “such a thing had never crossed my mind.” You can also understand how such things would happen. At the time both writers were creating their stories, the unknown cultures of the world were being rapidly identified by the Western world. The authors needed characters who were so different, and so “other,” that the reader could enjoy them as alien cultures.

You can read the full article here.

Last week I had an opportunity to watch an advanced screening of Michael Grandage’s new film Genius as a member of PEN America, the literary and human rights organization. I find screening rooms comfortable, but odd — you’re not allowed to bring food or drinks into the room, which I learned the hard way when I first came to New York after a reviewer berated me for munching on a pretzel. (It was a soft pretzel, but it came in aluminum foil that crinkled too loud for his liking. Plus I popped a can of Coke.)

Genius depicts the relationship between legendary book editor Max Perkins (played by Colin Firth) and the author Thomas Wolfe (Jude Law.) At the time they worked together, Perkins was also the editor for literary giants Ernest Hemingway and F. Scott Fitzgerald. Over the course of the film, Max Perkins manages to wrangle the firehose of Thomas Wolfe’s words into readable narratives, turning him into a national bestseller. The editor neglects his own family to put up with Wolfe’s pomposity and “genius” until the author’s death by tuberculosis at the young age of 37.

Several excellent reviewers have already critiqued Genius on its merits or compared it to the biography by Scott Berg upon which the film is based. You can read them here and here. With the exception of a review by Glenn Kenny at RogerEbert.com, the movie has been poorly received.

Films about writers are usually boring

I’ll confess up front that I had never even heard of Thomas Wolfe’s novel Look Homeward, Angel, despite having devoured numerous works by Ernest Hemingway, and despite reading several books by the other Tom Wolfe. [1] As an author, it’s wonderful to learn about an important literary pioneer and prose stylist. For that, I’m grateful.

But I tend to dislike films about writers because they drag out the writer’s self-destruction or they attempt to portray some brilliant spark of creativity that is wholly unbelievable.

Yes, genius happens and should be enjoyed, but genius is a thick, brooding door with enough locks to please the goblins of Gringotts Bank. Unless you’re a wizard, you can’t get in.

I would argue that in reality the most dramatic struggle in many writers’ daily lives is whether or not to leave their laptop on the table at a busy coffee shop when going to the bathroom. (Can that guy be trusted?)

If the film Genius had solely depicted Thomas Wolfe, I would have bought a soft pretzel and a can of Coke — or maybe one of those San Pellegrino Limonata’s, I’ve grown up —and belched until the reviewers pelted me with their iPhones.

Genius is about an editor

But the genius of Genius is that it celebrates the role of an editor, the under-appreciated, mythical artisan who hones manuscripts into works of beauty that also satisfy market forces.

In the film, Max Perkins’ talent is revealed through his use of a red pencil to copyedit Thomas Wolfe’s book on daily commutes home to Connecticut. The closest we see to structural editing, however, occurs when Perkins forces Wolfe to “kill his darlings” during a long walk to the train station. The moment is ripe with tension — Wolfe scratching out passage after passage — and the tension dissipates far too easily for my liking — why not have them fight about it? Why not have a good ol’ Asheville dust-up?— but the scene still acknowledges the vital role an editor can play.

So much success, whether in sports, finance, or in fashion, is determined on the margins, and editors can make that essential difference between a dud and a hit. We should learn more about them.

Moreover, editors constantly sublimate their will to the expression of their authors, as the film shows: in a rare moment of vulnerability, Max Perkins shares his fear with Thomas Wolfe that he never knows whether his editing will make a work better or, worse, not make any difference at all.

Genius makes us all editors

Watching a film about a book editor also makes you consider how you wouldedit the film itself differently. Genius is not as post-modern (or meta) as Charlie Kaufman’s 2002 film Adaptation — a high water mark in this genre — butGenius reminds you, as the viewer, that this narrative, too, about Thomas Wolfe and Max Perkins, was the result of editorial choices and market forces. In the most telling example from the Q&A after the film screening last week with the director Michael Grandage and author Scott Berg , Grandage described how Colin Firth knew Scott Berg’s biography of Max Perkins perhaps a little too well, limiting Firth’s desire to experiment with certain interpretations of the role.

What would I do differently if I were the editor of Genius? On a superficial level, I would probably have cast the scene in the Harlem jazz club differently. In the scene, Thomas Wolfe tips the bandleader to show Max Perkins how a simple song can be riffed on and turned into a dance number. He then gets drunk and fondles some black “working girls” at the bar.

Wouldn’t it have been far more effective if a black person had explained how jazz improvisation worked to the two white patrons, even if Thomas Wolfe might not have really have had any black friends who could do so? I’m thinking editorial choices and market forces again here: This would have given a black actor a coveted opportunity to shine on screen with bankable Hollywood stars and removed the paternalism and the colonialist search for the primitive from the scene. (I have no comment on the “working girls” Thomas Wolfe declares he will buy other than they do not move the story along.)

I wasn’t the only one who reacted in this way. The movie makes you think like an editor. You can’t help but reshape the story in your own way. After the screening, I met authors who were experts on Thomas Wolfe’s work, and their critiques related to his style (“he wrote purple prose”) to the fact that even Nicole Kidman couldn’t make lemonade out of a sour minor role. The best part about these conversations was that we didn’t have to make the film, we could just edit it in our minds.

Cosplay can show us the way

As a writer, watching Genius is like seeing well-intentioned, but poorly executed cosplay at a Comicon. The plastic armor may have chinks in it, or the fake mustache may be peeling off, but at least you’re trying and you’re a part of the community. We love you for it and hope you’ll come back next year with a better costume.

Deji Bryce Olukotun is the author of Nigerians in Space, a book out now from Unnamed Press. @dejiridoo

[1] You may be confused, as I was for a long time, about Thomas Wolfe’s name. There is another author named Tom Wolfe who is a damned good writer, to use the parlance of Hemingway. He wrote The Right Stuff and The Electric Kool-Aid Acid Test and lots of other well received books. Tom Wolfe was only 7 years old when Thomas Wolfe died.